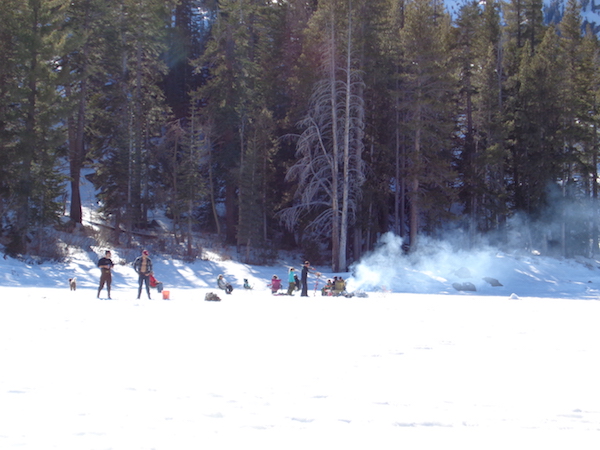 Hello fellow anglers, We now have another area in Nevada that is open to fishing. On February 9th, the Mason Valley Wildlife management area opened for the season. located one mile north of Yerington off of alt 95. Turn on Miller Lane travel a few miles to Lux Lane which will take you into the wildlife area. As you pass the hatchery you will find a map board on the right side of the road which will direct you to various fishing ponds in the area. There are restrictions on some waters. Open areas to fish are Hinkson Slough, North Pond, Crappie Pond, Bass Pond, Fort Church Hill Cooling Ponds and the Walker River. Make sure to read your regulations before you start your fishing adventure. Most popular is the trout fishing stocked directly from the Mason Valley Hatchery. These ponds also produce bass and channel catfish. On your way out, stop by the hatchery and read about the history of the area. You can also take a tour of the hatchery to visually see all the variety of trout that are raised and stocked in Nevada waters.

They have primitive camping areas in the area for those brave enough to weather the nights. For more information, go to the Nevada Department of Wildlife website to get directions and fishing regulations.

CAPLES LAKE: the resort is closed for the season and will open approx May 2018. The lake as of last week had 10 to 12 inches of ice and the fishing is reported to be on and off. Night crawlers or small jigs like a gold kastmaster has been most productive when the bite is on. Always use caution on and around the ice.

SILVER LAKE: A report from a couple anglers I spoke to last week while on red lake. The lake had some open water around the lake. The anglers told me the fishing near the boat ramp channel was productive on their last trip up. They were jigging silver kastmasters and using night crawlers.

RED LAKE:  Renee and I ventured up two weeks ago and fished most of the day. We fished closer to the shore off the dam. We caught a couple, a small rainbow and brown using half of  a night crawler or jigging small Kastmaster lures. We had many hits but could not hook them. I also tried a variety of colored spoons with no hits. We also tried salmon eggs with no hits. The ice was 10 to 12 inches thick with only 2 inches of snow on the lake. There were many anglers on the lake with fair success as we had.

INDIAN CREEK RESERVOIR: The fishing has been slow. Most angler have been using powerbait or inflated night crawlers close by the dam area. The water has gone down a little and is still clear. Green gulp or green garlic has been the most productive. A report from a fly angler told me the bite was very slow. The campground is close until the first weekend in May. Both roads into the lake are open with no controls as of last week. Always drive slow as the paved road has shady areas that may have some ice on the road.

TOPAZ LAKE FISHING:  The shore anglers have bringing in the larger fish using powerbait in green or rainbow colors. The trollers have been catching more with smaller fish, average fish has been 12 to 15 inches with a few in that 8-10 inch range They have been using Rapalas or small to medium sized flashers with a half of a night crawler. Make sure you use a worm threader when trolling with night crawlers. If you use a half of  crawler and only leave a a small tail leader on it, you will not miss as many strikes.

PYRAMID LAKE: Most fishing report have been very slow. From shore, the best lures have been 1 ounce green or red spoons. Trollers when they can get out have been using Lymen lures right on the bottom.

SPECIAL NOTE:  The High Sierra Fly Casters will be holding its annual spring banquet on March 10th at the Elks Lodge in Gardnerville NV. Cost will be $30 paid in advance or a limited amount of tickets for $40 at the door. Which includes a catered dinner and one drink. Cash bar opens at 5:30 with dinner starting at 7pm. There will be a silent auction and a quality door prize. The event is more of a social event and welcomes fly anglers of all skill levels.  Come see what the High Sierra fly Casters are all about and swap fishing stories. For more information call the Anglers Edge at 775-781-7112. 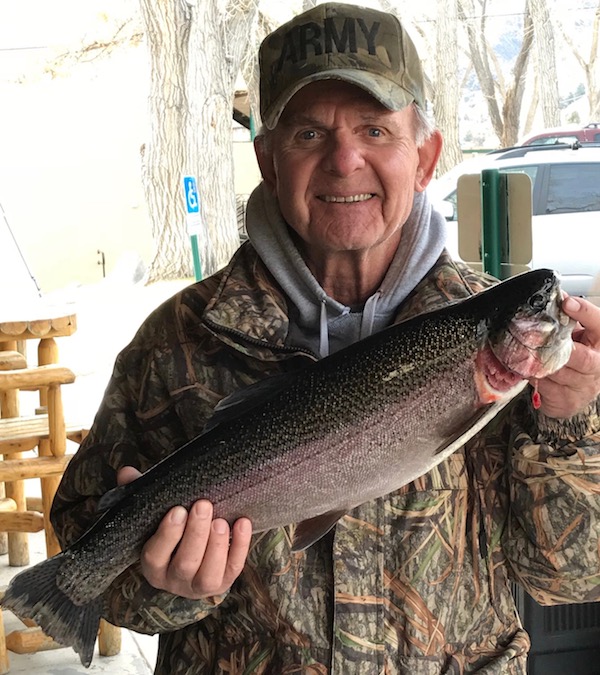 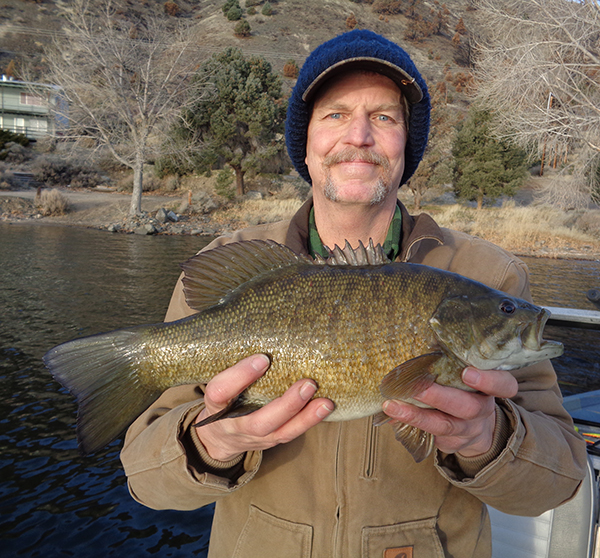