Hello fellow anglers. It feels like I just went to opening day at Topaz Lake a couple weeks ago, and here we are already in March. Soon I be talking about the opener of the rivers in Alpine County. Spring is only three weeks away, and it still feels like late December. On the bright side, we only have a week to go and we turn our clocks ahead. That will give us an extra hour of day light to give it that one last cast, or two or three.   Also a note of caution, with all the rain and snow we have had. This brings a new threat, Mud and some slick roads. Make sure of where you are going on your next trip. The roads around Topaz Lake will be a little tricky getting up and down. They may look okay until you hit a soft spot and get stuck. Not a way you want to spend a day, when you could have been fishing. Also included on that list is the back entrance to Indian Creek Reservoir off Diamond Valley Road. Just use a little common sense and be careful where you venture to and from.

LAKE TAHOE: Fishing has been good on the north end of the lake. Many limits of mackinaws have been coming in. The Cal/Neva point to Carnelian Bay. Most have been fishing the ledges with a flasher and a minnow. I have not received any reports on the south end from any anglers.

CAPLES; Wait until the spring thaw to do any fishing. Unless you like to shovel a lot of snow. And then you may find out, the ice is to thick to drill through. I have attempted to fish Caples many years ago and found a 4 foot auger with and 18 inch extension could still not get through.

INDIAN CREEK RESERVOIR: The water level is up and the road is muddy. No reports have come in and I have not been able to get up there over the last few weeks. That was due to snow, and now due to snow melt and mud.

TOPAZ LAKE; Not many anglers have gone out due to weather. Last weekend I fished for about six hours with friend Tom Blotter. We boated and released 3 fish in the 14 to 16 inch class. The lake level has come up about 3-4 feet and the water clarity is good. Surface temps were 37 to 39 degrees. But the fishing was slow for boaters. Shore anglers have been having better luck with inflated crawlers or Powerbait. Two days before our trip, Tom tried some shore fishing and caught a nice 2lb 10 oz brown. NDOW has planted over 7000 lbs of catchable trout since opening day.

Good luck on your next fishing adventure. Be careful on the roads and around streams and rivers and they fluctuate up and down fast this time of year.


Good luck on your next fishing adventure. If you have a question or a report in our local fishing area, call the Naw line at 775-267-9722. If you have a photo of your catch, send it to nevada@fishreports.com. Hope to see you on the waters. Good fishin' and tight lines. 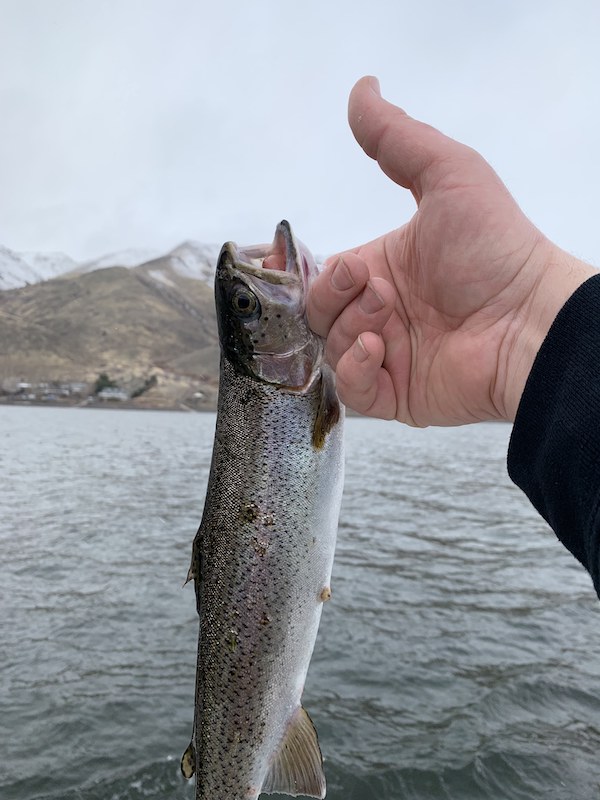