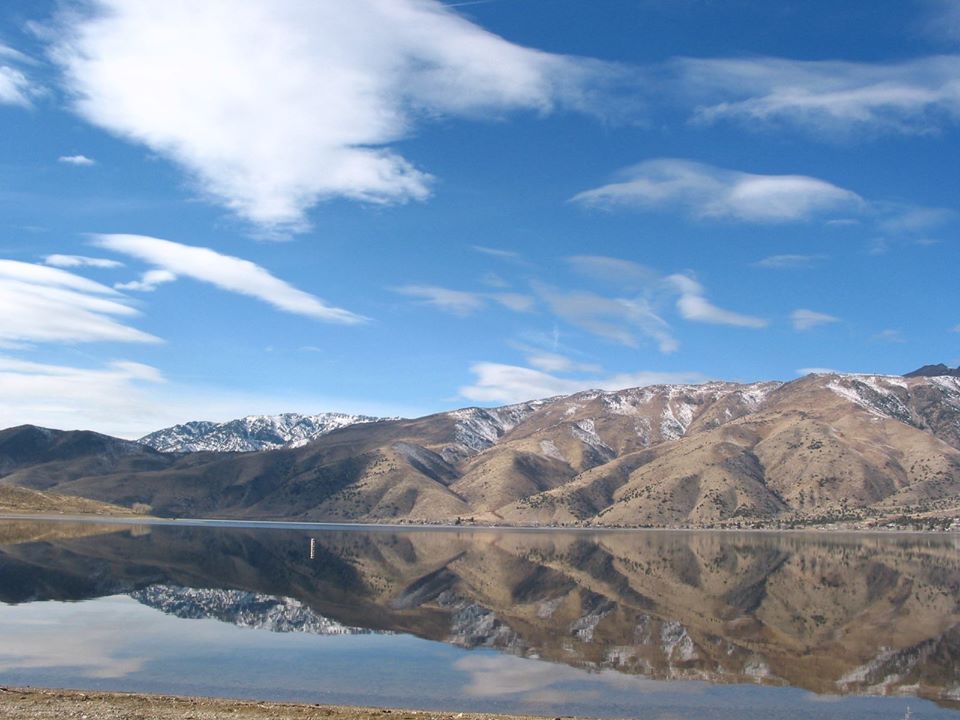 Hello fellow anglers. I am here to tell you, Topaz Lake was a great opener this year. The weather on January 1st surprised many anglers as we experienced some extreme winds as well as some good rain in the afternoon. But for those that stuck it out, were all rewarded with a double rainbow.

My fishing partner Tom Blotter from Minden and I got on the lake at 6:30 AM. We trolled the lake with Rapalas and jigs and by the end of the day, we had caught and released 39 trout up to 18 inches. Tom had a nice fish up to the boat which would have been in the 20 plus inch range. but unfortunately had a short distance release.  I counted a little over 325 shore anglers and 39 boats on the lake around 11 AM. Everyone we spoke with had caught fish and spirits were high. The rain that came in the afternoon did not dampen any spirits. We saw family's,  friends and met some new angler friends. Tom and I kept our campers at the Topaz Landing Marina and moored the boat for 3 wonderful days of fishing. By the end of the trip we had caught and released 84 trout. The fishing had been a little slower on the proceeding days, but still very productive.

On The 2nd of January, Joe Lash from Carson City NV was shore fishing with his girlfriend Lisa Edmonds and caught a nice 9 lb 2.25 oz rainbow on Powerbait. The big news was yet to to come with Patrick Prudhel from Genoa NV. Patrick was trolling the lake and caught a nice 14 lb 9.5 oz rainbow trout. This my fellow anglers may be the new Topaz Lake record. With the 50,000 lbs of trout planted by the NDOW and the hold overs in Topaz. This year may be phenomenal for fishing. The lake level has come up five feet as compared to last years opening day.

Topaz Lake offers camping (with and without hooks ups) and boat launching at the Douglas County Park on the north east side. The Topaz Landing Marina offers camping with full hookups, Boat launch and mooring on the north west side of the lake just behind the Topaz Lodge, they can be reached at 775-266-3550. Anglers may use a valid California or Nevada fishing licence and can fish from shore or from a boat.   We saw anglers fishing from a sailboat, and even one local angler that drove his tractor down and shore fished. Now, even though the Topaz Lodge is not holding its annual fishing derby this year.  You can bring your catch to the general store to have your fish weighed in and have your picture taken. The store will have a angler wall of fame board showing off the catches from anglers. and have an angler bragging board with the top  big fish weighed in to date.

If you need up to date fishing information, call or stop by the Topaz Lodge General Store. Their phone number is 775-266-3338.  For those that get on the Topaz Lodge wall of fame, you also have the chance to have your picture here in the Naw hall of fame. Good luck on your next fishing adventure. I hope to see you on the lake. If you have a picture of your catch, send it to [email protected] Good fishin' and tight lines. 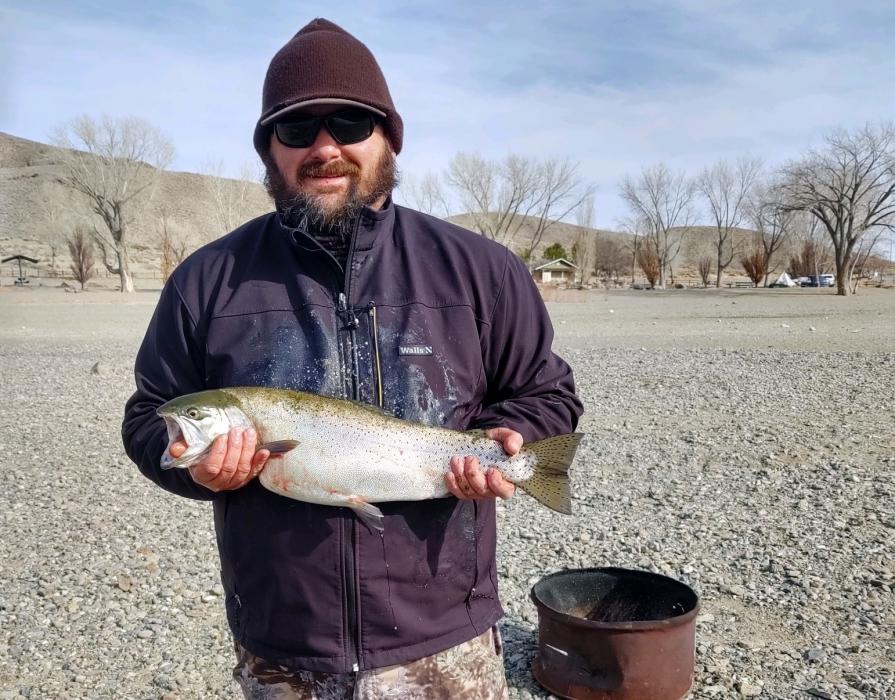