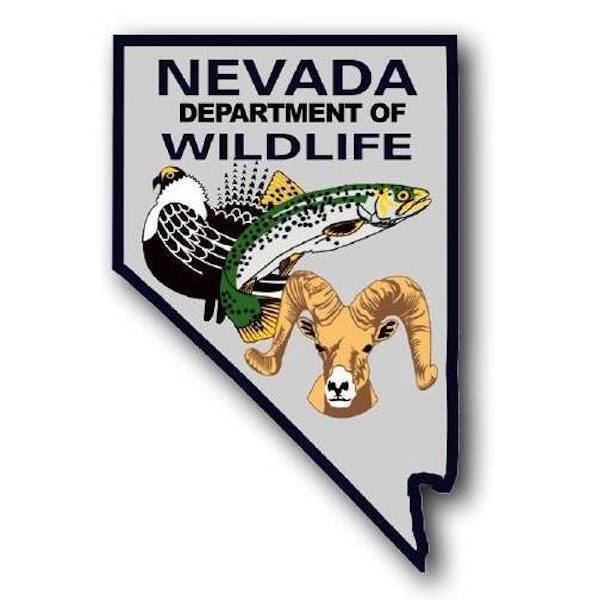 We’ve been talking about how early ice is variable and what can be safe one day, may not be the next.  This week, it warmed up at Wildhorse and even with signs posted, people ventured upon the ice without drilling test holes for thickness and several people had their feet punch through, while one person even went completely through.

Luckily, no serious accidents, but there could have been.  Ice off the state park boat ramp ranged from as thin as one inch up to six inches and along the pressure ridges, there was even some open water.  It is not recommended to venture onto the ice from the state park.  Ice in the Penrod and Hendricks Arms appears to be a bit more stable averaging four to six inches, but again, drill test holes before going on too far.

Don’t fish alone and please make sure to have the appropriate safety gear with you.  Items should include a throw rope, throwable floatation device and ice claws.

If someone goes in, don’t go to the edge of the ice to try to help them, you may end up in the water yourself.  Throw them a floatation device and then a rope to help pull them out.  Stay prone on the ice to spread out your weight.

If you go in yourself, use a swimming motion and try to swim your way back onto the ice in the direction you came from.  The ice supported you there until you went through.  Once out stay prone and crawl to where you know it is safe.

Get your wet clothes off, dry off and warm up.  Hypothermia can set in very quickly which hinders your reasoning abilities, which is why it is helpful to have someone else help you even after you get back to safety.

The reservoir is currently sitting at approximately 40 to 50% of capacity, though it has come up a bit with the recent moisture, and is mostly ice free with shore access for fishing.  One angler reports fair fishing last week here using small dark emerger flies.  For bait anglers, the usual worms or PowerBait would be a good place to start as well as small spinners or rooster tails.   A total of 4,050 Rainbow Trout were stocked into the reservoir in 2020.  Expect some skim ice along the shore in the mornings, but open water for much of the day.

Comins is mostly covered with five to six inches of safe ice though there are some isolated spots that have open water and/or thin ice.  Please advance cautiously and drill a test hole or two in the area you want to fish.  Worms seem to work best through the ice though PowerBait can work as well.  Jigging with minnow imitations can also work.  Anglers please note that NDOW has placed radio tags in several Northern Pike.  These pike will have an orange floy tag near their dorsal fin and a small antenna coming from their stomach. Please return these fish to the water for research purposes.  If it doesn’t have the transmitter tag, please humanely dispatch the fish.  Don’t put it back in the lake.

IlIllipah is covered in unsafe ice.  Expect it to be unsafe until after New Years.

The reservoir is 90% covered in unsafe ice.  Fishing is done here until the ice is safe, which may be sometime between Christmas and New Year’s depending upon the weather.

Snow and ice bank conditions are making fishing difficult.  With the colder temperatures, stream fishing is slow to fair.  Expect the fish to be sluggish and anglers will need to put their presentations right in front of the fish and work it slowly.  Stream flows are down a bit due to the colder temperatures forming ice. As of December 23, the East Fork of the Owyhee has very low flows and is showing iceat the gauging station, the Bruneau River also showing ice and travel is not recommended here, the Jarbidge at 5. cfs (access through Idaho), Salmon Falls Creek at 41 cfs, Lamoille Creek flows are up at 9.5 cfs, the South Fork at 7 cfs, Cleve Creek at 6 cfs, Steptoe Creek at 3 cfs and Kingston Creek at 3 cfs.

The collection ditch was mostly ice free as of December 23.  Fishing has been good for 10 to 16-inch trout at the collection ditch which was stocked with approximately 7,000 trout in October.  Anglers report catching fish averaging about two pounds at the collection ditch using balanced leeches.  Water level in the collection ditch has improved but it has been a bit turbid which is good news for anglers. Small brightly colored spinners were doing well. Anglers need to use sub-surface flies such as leech patterns, wooly buggers or crystal buggers.  Other flies working include the usual small nymphs such as PT’s, hares ears, olive soft hackles, red or blue copper Johns, prince nymphs and egg patterns.

With the warmer temperatures and the wind, the ice receded at Jet Ski Beach and there was a large are of open water for fishing there.  Fishing was fair to good depending upon time of day, with anglers doing best before 10:00 am.   If there is still open water there this weekend, the usual rainbow sparkle PowerBait fished off the bottom using a slip sinker should work.  Worms can be tried as the sun gets high in the sky and things warm up.  For fly rodders chironomid patterns, copper Johns, small hare’s ears, pheasant tail nymphs and balanced leeches should be tried.  Fishing below the dam in the river has been slow with very low flows. South Fork was stocked with almost 107,000 trout in 2020.

While fishing for both perch and trout has been good, the ice hasn’t been so good.  Due to warmer daytime temperatures and sunny days this week, ice thickness decreased, especially off the state park access.  Thicknesses ranged from one to six inches and it is not recommended to go onto the ice off the state park at this time.   Ice in the Penrod and Hendricks Arms appears to be more stable averaging four to six inches, but still drill test holes before venturing too far upon it.   Anglers fishing the Hendricks arm on Thursday were doing well for both perch and trout.  Perch were being caught in about 25 feet of water using small plastic grubs tipped with a bit of worm close to the bottom.  Trout were being caught in the same area but were cruising just about five feet under the ice.  Worms were working for trout.   Many perch between nine and 11 inches were caught.  Trout were averaging between 14 and 18 inches.  The river below the dam has low flows and the shorelines are very icy but fishing the pools has been fair to good using streamer patterns and nymphs for fly fishermen and minnow imitation lures for spin fishermen.  Wildhorse was stocked with just over 100,000 trout in 2020.

No recent report, but this lake often mimics South Fork so expect it to be covered in unsafe ice. At last report, fishing was fair to good for 12 to 15-inch trout and bass fishing was very slow.  Black leeches  and chironomid patterns were working for trout. or dark green spinners with contrasting spots are working for spin fishermen.  Of course the usual worms and PowerBait should work.  Expect the road to be 4WD only with the recent precipitation. 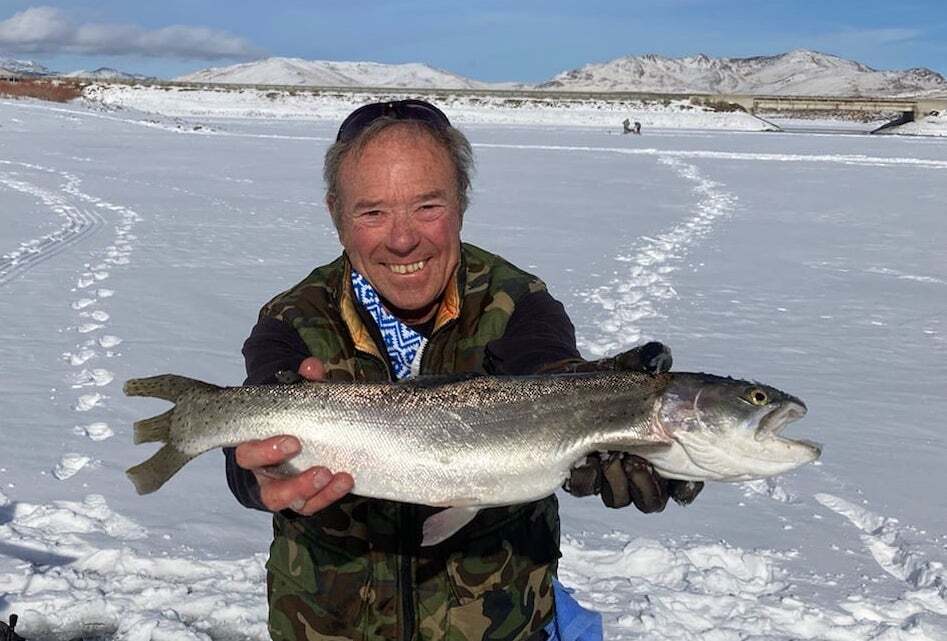