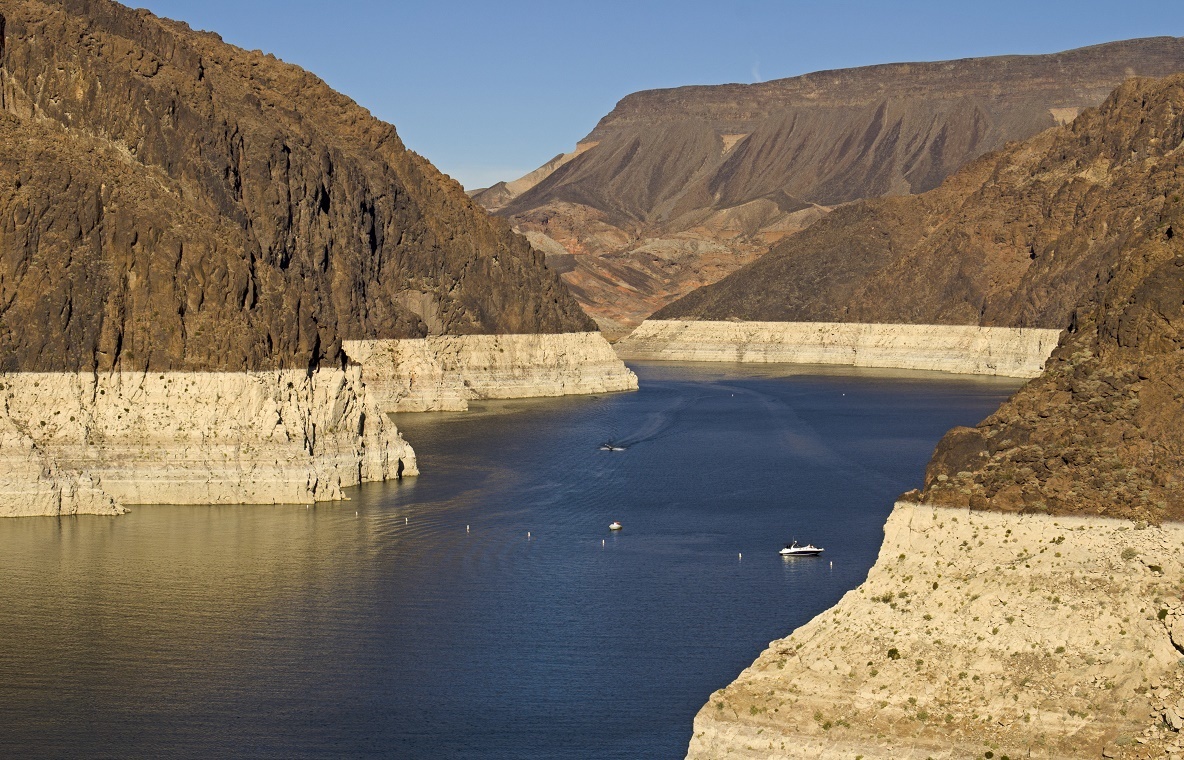 BOULDER CITY, Nev. – The Lake Mead National Recreation Area is advising visitors to be aware that lower water levels expected over the next several years will impact water access points and boat launch areas on Lake Mead. Launch ramps on Lake Mohave are not expected to be affected according to current projections.

Hemenway Harbor and Temple Bar are anticipated to be the first boat launches impacted by declining water levels in May, followed by Echo Bay, Callville Bay, and South Cove in July. As the NPS installs and repositions pipe mats, there will be temporary closures at all five locations throughout the summer of 2021. Boulder Harbor will potentially become inaccessible in early July when lake levels are projected to fall to levels that prevent vessels from exiting the narrow passage from the harbor and into the lake.

Pipe mats are repurposed steel cooling pipes recycled from decommissioned coal-fired power plants. They can be used to temporarily extend concrete launch ramps to provide a surface for boaters to launch their boats. Pipe mat launch ramp extensions are narrower than paved concrete ramps, can be slippery, and are not a permanent solution for providing launch ramp access. Due to the decreased width of the pipe mat launch ramps, visitors are encouraged to plan ahead as launching wait times are anticipated to be longer than normal. The NPS is planning to construct concrete launch ramp extensions at some of these locations later this year.

Ongoing drought and water requirements for hydroelectric power creation, agriculture, and other uses will create unpredictable water levels, impacts to launch ramps, and muddy beaches for boaters and visitors throughout the summer of 2021 and beyond. Water levels at Lake Mead have dropped by approximately 145 vertical feet in the last 20 years due to ongoing drought, and several boat launch locations have closed.

Boaters should check the status of their intended launch destinations before heading to the lake. The latest information on current boat launch and marina facilities can be found at: Lake Mead National Recreation Area (U.S. National Park Service) (nps.gov). Projected water levels are provided on the 15th of each month by the BOR and are available at https://www.usbr.gov/lc/region/g4000/24mo.pdf.