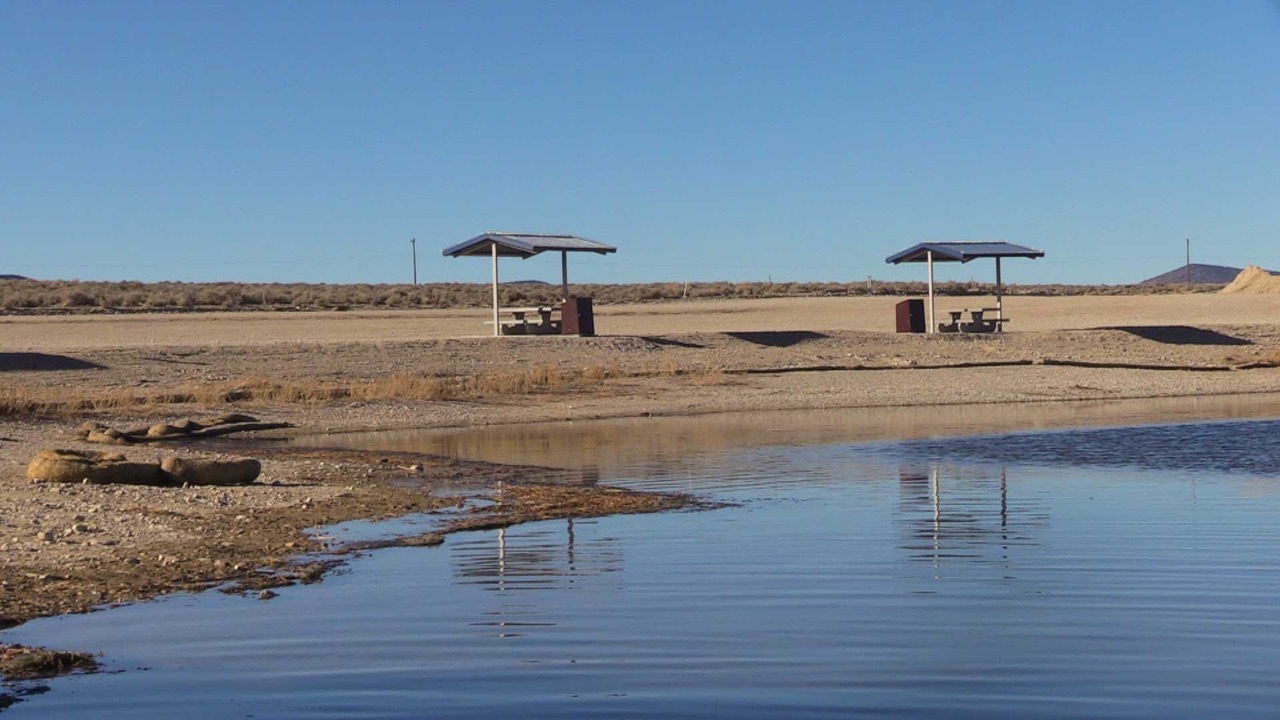 These shade structures with picnic tables and garbage receptacles are part of a major improvement for boaters and anglers at Comins Lake by NDOW with the help of volunteers and local companies.

Companies based in Ely and surrounding areas contributed heavy equipment and cash donations that totaled more than $100,000 towards the project. NDOW would like to thank Gust Electric Inc., JCR Development LLC, Komatsu America Corp., Wheeler Machinery Co., Q&D Construction LLC, and Reck Brothers LLC for their donations of almost $80,000 in equipment and services.

Due to issues with the dam at Cave Lake that require it’s rebuilding, NDOW is draining that lake in preparation for the work. By draining it, the work can be completed in one year instead of two to three years, as originally planned, and make the location much safer for the contractor which is a priority. All the water being drained is being sent to Comins Lake to bolster the water level there which has been affected by severe drought.

While the lake is being drained, NDOW with the help of Nevada State Parks, salvaged trout from Cave Lake that were taken to Comins Lake. The fish, mostly brown trout with a few rainbows and ranging in size from eight inches all the way up to six or seven pounds, were released into Comins Lake to augment that fishery.

Once the new dam is in place and the water levels re-established, NDOW will be planting rainbow and brown trout back into the lake. The possibility of adding tiger trout and/or smallmouth bass is being explored to provide Nevada anglers with more fishing opportunities and making Cave Lake even better, as well as safer, than ever before. 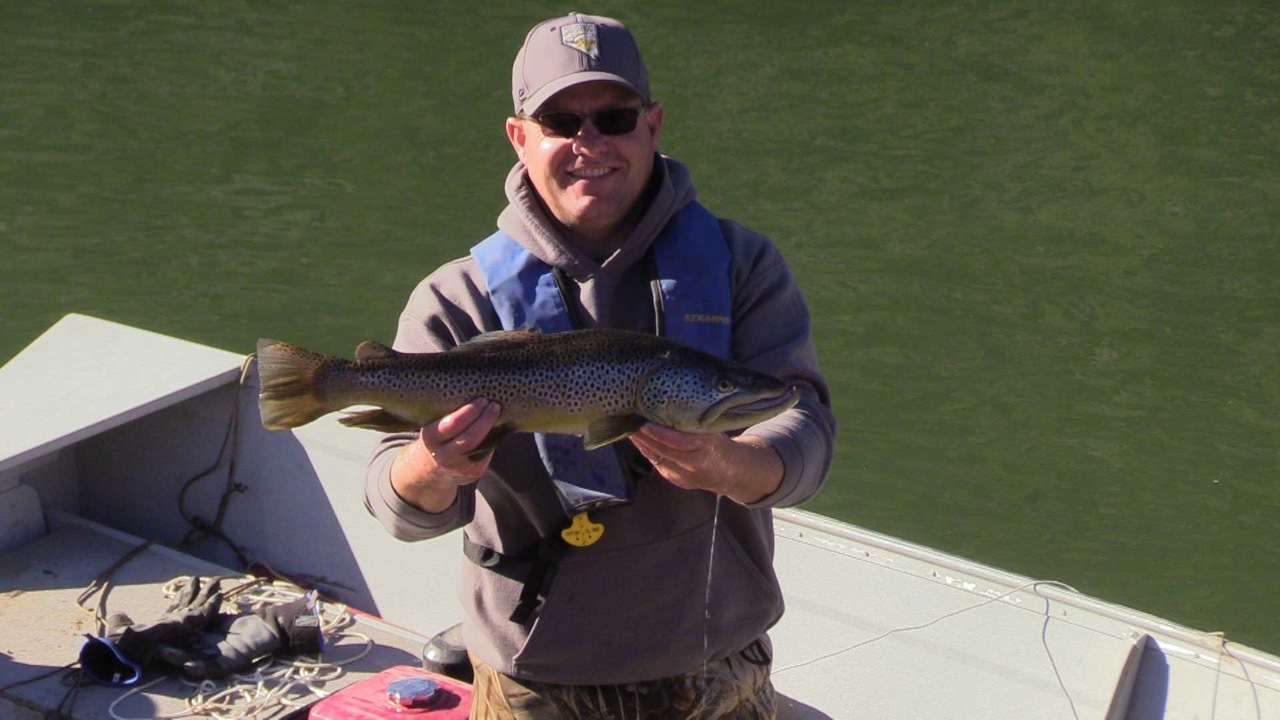 NDOW Fisheries Biologist Jeff Petersen with a brown trout that was salvaged from Cave Lake and released into Comins Lake. 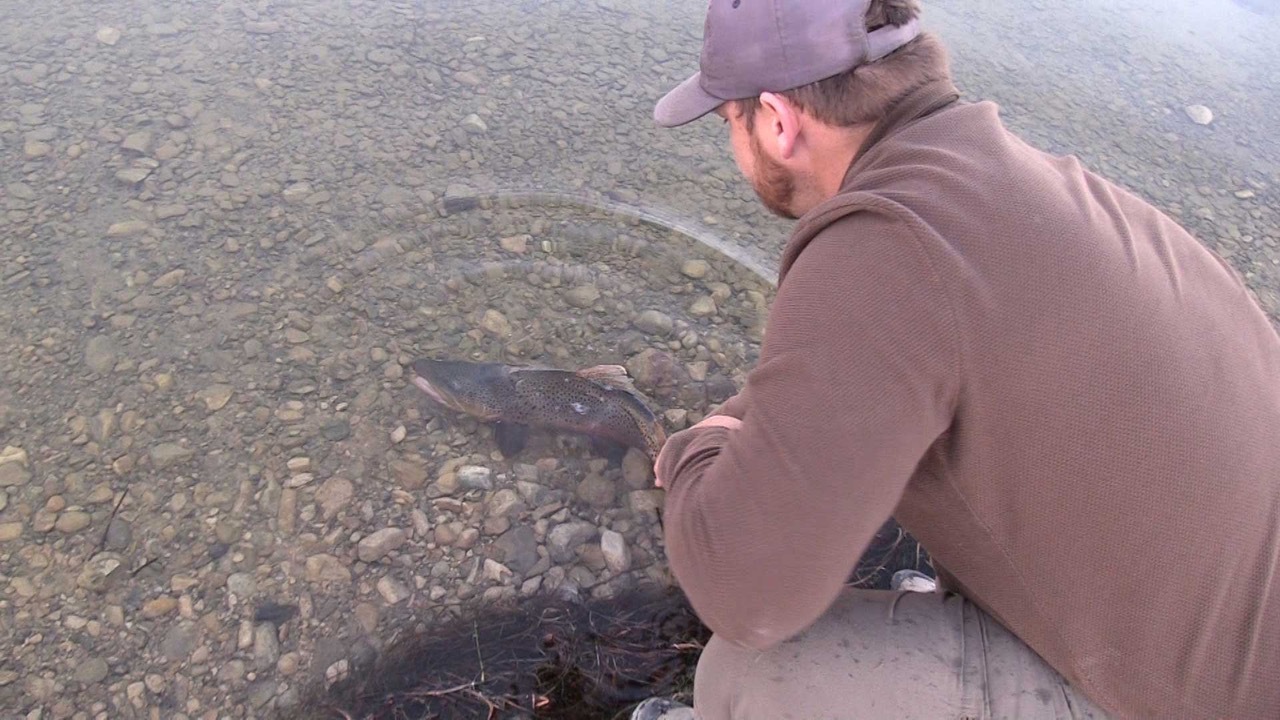 NDOW Fisheries Biologist Heath Korell releases a brown trout into Comins Lake. The fish was salvaged from Cave Lake that is being drained in preparation for rebuilding the dam. 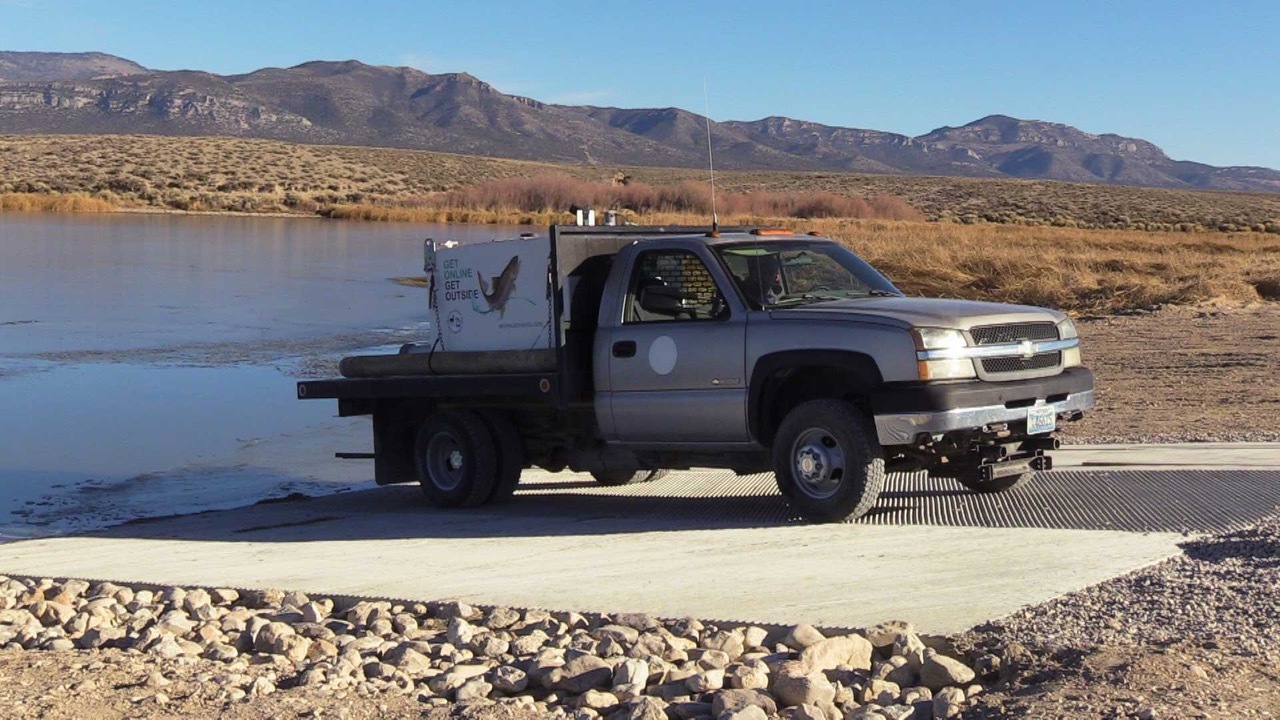 A NDOW fish hatchery truck parked on the new boat ramp at Comins Lake in preparation for transferring fish from the Cave Lake salvage. 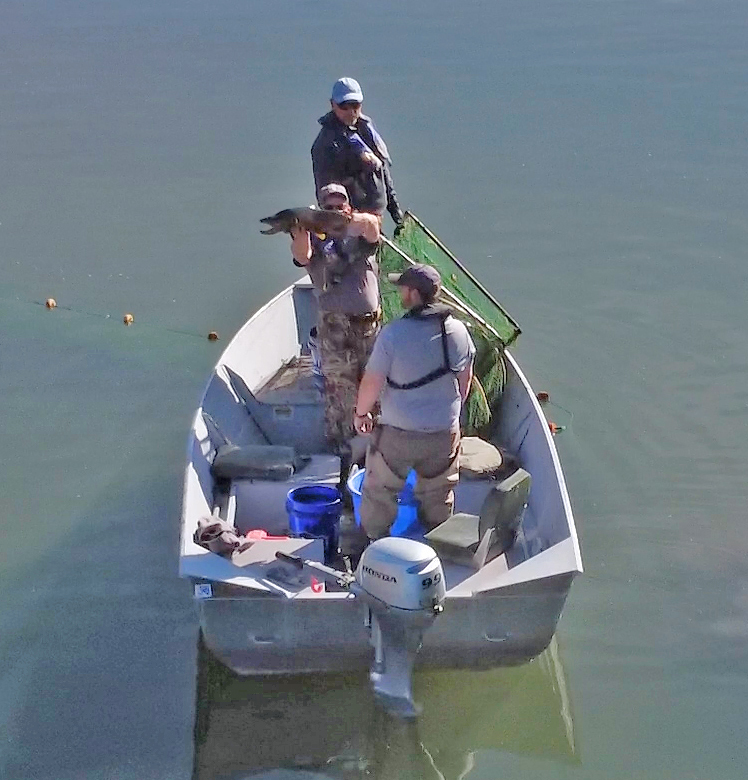 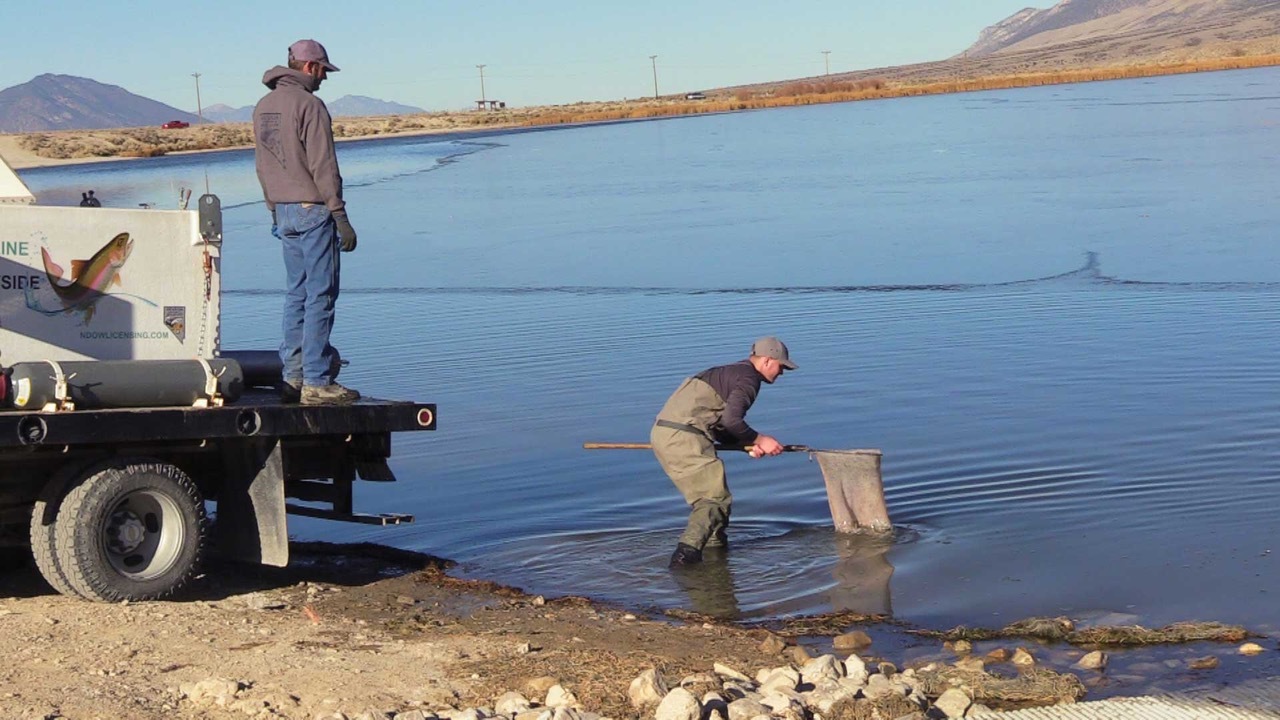 Cave Lake being drained in preparation for a new dam