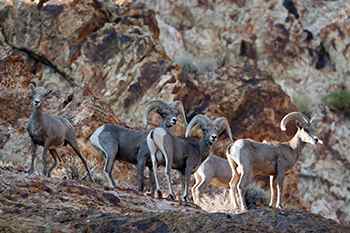 The Nevada Department of Wildlife (NDOW) has partnered with bighorn sheep advocates the Wild Sheep Foundation and the Fraternity of the Desert Bighorn to initiate the Southern Nevada Bighorn Sheep Disease Investigation Project in mountain ranges bordering the Las Vegas Valley.

"The primary goal of the project is to determine whether a disease event is occurring in sheep herds within the McCullough, Spring and El Dorado mountain ranges, and to learn if pathogens known to cause pneumonia in bighorn sheep are present in these populations," said Brett Jefferson, Wild Sheep Foundation director.

The three mountain ranges are all located in Clark County, Nevada and neighbor the River Mountains between Henderson and Lake Mead. It is here that NDOW biologists identified a respiratory disease outbreak in early September.

Dr. Peregrine Wolff, Nevada's wildlife veterinarian, conducted a full necropsy on a sick lamb that was taken from the River Mountains and found evidence that the respiratory illness in that herd is consistent with Mycoplasma pneumonia. Based on current information, including results of recent aerial population surveys, biologists suspect the same disease may also be present in herds within the three mountain ranges targeted by the Disease Investigation Project.

It order to determine whether there has been a pneumonia outbreak in these ranges, NDOW will perform testing on 10 animals taken from each of the three target ranges. In May, a disease outbreak was discovered in the Mojave National Preserve in San Bernardino County, California when the National Park Service found four dead bighorn sheep and other distressed animals on Old Dad Mountain about 15 miles southeast of the town of Baker. Lab results confirmed the presence of pneumonia -- Mycoplasma ovipneumoniae and Pasteurella spp. were cultured from the lungs of test animals.

A second outbreak was identified in August about 30 miles further south in the Marble Mountains. Subsequent lab analysis confirmed that both disease events shared the same strain of Mycoplasma ovipneumoniae. To date over 100 bighorn sheep in the Preserve have succumbed to the disease.

Preliminary evidence collected at both the Old Dad Mountain and Marble Mountain locations indicates that the bighorns may have been exposed to sick or dead domestic sheep illegally dumped in the area. Bighorn sheep are highly susceptible to the pathogens carried and transmitted by domestic sheep. Authorities are currently conducting and investigation to find those responsible.

Although test results show that the California and River Mountain outbreaks consist of different pneumonia strains, it is still important to determine the extent of the two disease events. Especially since bighorn sheep populations in Southern Nevada occupy ranges that extend from Clark County into California.

The Wild Sheep Foundation is working together with NDOW and the Fraternity of the Desert Bighorn, as well as other wild sheep advocacy groups in Nevada, to develop an action plan to expand the aerial investigation efforts should that be necessary, as well as developing a short and long term disease monitoring plan.

The Nevada Department of Wildlife (NDOW) protects, restores and manages fish and wildlife, and promotes fishing, hunting, and boating safety. NDOW's wildlife and habitat conservation efforts are primarily funded by sportsmen's license and conservation fees and a federal surcharge on hunting and fishing gear. Support wildlife and habitat conservation in Nevada by purchasing a hunting, fishing, or combination license. Find us on Facebook, Twitter or visit us at www.ndow.org. 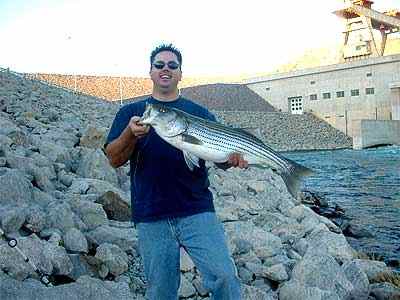