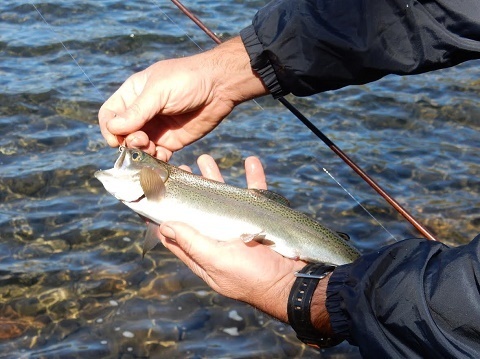 On our short visit we caught trout with lures and bait. This rainbow fell for a copper colored Kastmaster spoon.
Photo Credit: John Higley

Last Sunday morning I hiked into the Thousand Lakes Wilderness, which is located off Highway 89 in the Lassen National Forest roughly between Old Station and Burney. Along for the adventure was my buddy Terry Catechi who claims to live somewhere between Shingletown and Viola.

Terry met me at the Tamarack Trailhead at 7:30 in the morning, and we headed from there to Lake Eiler, which, at 29 acres, is the largest lake in the wilderness. Following the trail, which climbs gently over most of its route, we arrived at the lake roughly an hour and a half later. The hike was something we talked about for a decade or more. When the opportunity finally came around we both agreed that it was about time to take advantage of it.

Our main focus was the fishing that Eiler provides. I’ve been going there at least a few times every year since 1975, and the fishing is what always draws me back for more. Sometimes the fishing is hot and sometimes it’s not, but just being in the mountains, if only for a short time, is always worth the effort.

On our visit last week the catching was not as good as the fishing, but we each landed a few colorful rainbow trout that certainly lived up to their name. We sat down to have lunch before hiking out and we both agreed that just being there was well worth the hike.

You can really feel fall in the air,” Terry said as a gentle breeze rippled the water. “We ought to plan another visit before the end of October don’t you think?”

I think that we’ll make that happen. My favorite time to fish back country lakes is in the fall after Labor Day weekend, when most folks have more important things to do. Hiking in cool weather is far easier than hiking in oven-like conditions, and as an added bonus, the trout in the small lakes get more active as the temperature of the surface water drops thanks, in part, to brisk nights.

For Terry and me the fishing was basic. He used spinning tackle with lures while I rigged up with Berkley Power Bait. As it turned out the small copper colored Kastmasters that Terry tossed worked as well as my bait, and while we didn’t knock them dead, we did have some fun. We could have fished flies with spinning rods by putting them on leaders behind clear plastic bubbles that could be partially filled with water to gain casting distance. However, we only had a couple hours at the lake so we didn’t bother.

Now is the time to get after fall trout. Between now and the arrival of weather events that are better seen through the window than endured out of doors a day hike for trout, wilderness or not, is highly recommended. At least that’s my opinion, and I’m sticking to it. 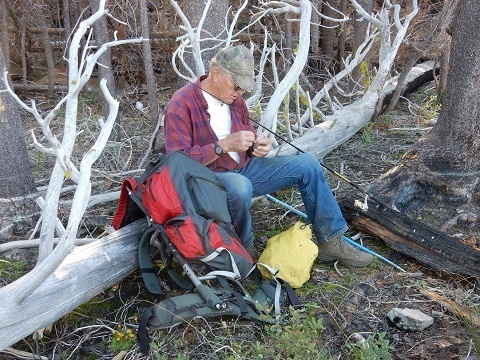 Before fishing, I rig my tackle after hiking to Lake Eiler.
Photo Credit: John Higley 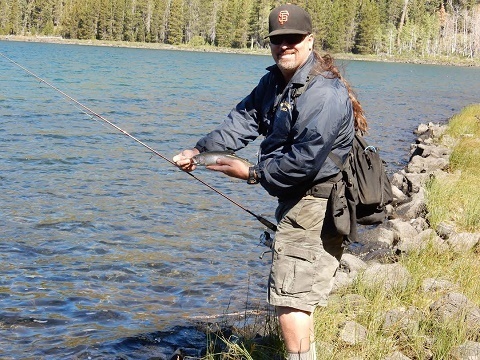 My friend Terry Catechi shows off his first catch of the day before releasing it back into the water.
Photo Credit: John Higley 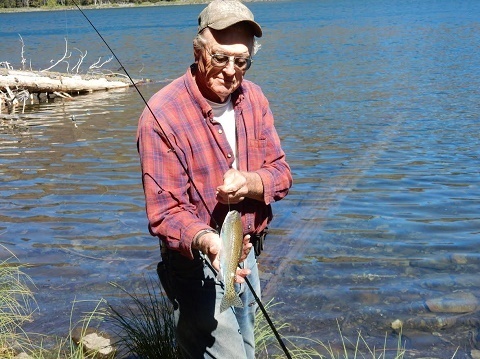 Fishing for mountain trout is one of my favorite things to do. It really helps when I actually catch one like this Eiler rainbow.
Photo Credit: John Higley 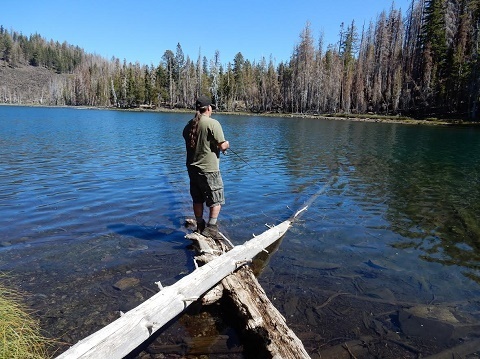 There are worse places to be on a bright fall day than fishing a back country lake.
Photo Credit: John Higley 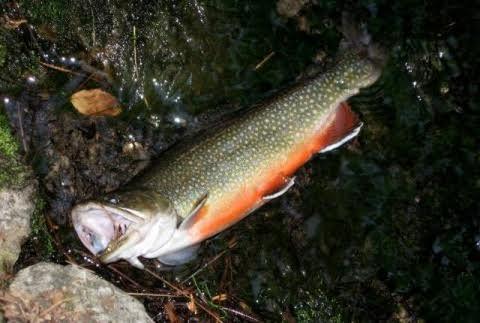 9-20-2016
Hat Creek after Labor Day continues to receive CDFW plantings. This is great news for those anglers looking for uncrowded...... Read More

Great Day on the Sac 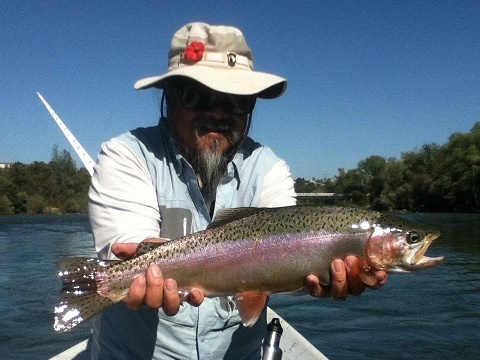 9-18-2016
There is something special about sharing fishing experiences with friends and I am lucky to have an opportunity to meet...... Read More