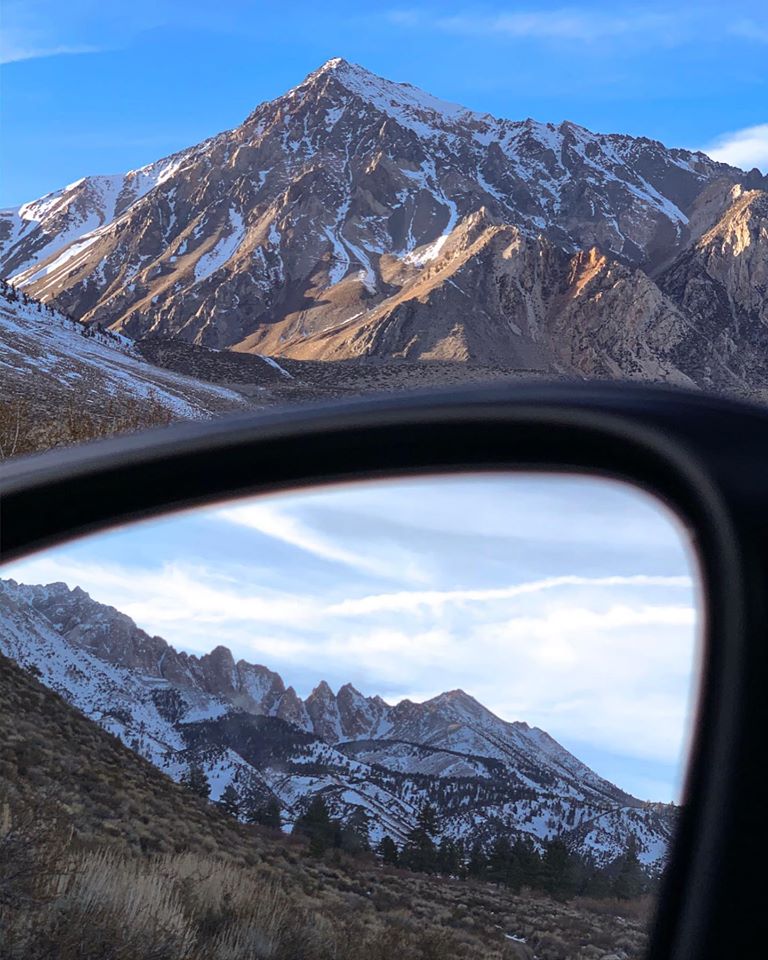 It doesn't matter if you are coming or going, Bishop is such a good place to catch a beautiful view!! Sweet shot @wil.daniels #visitbishop #bishopBIGbackyard
Photo Credit: Courtesy of Visit Bishop

Hello fellow anglers. I had to stop and realize what time of year it was the other day. I was in Tahoe for business and had brought a heavy jacket as well as a dress jacket for work.  When I got out of my truck about noon, I realized I did not need either of them.  When I returned to my truck I had a quick thought of turning on the AC to cool of the truck that had been sitting for a 1/2 hour in the sun. What is with this weather? Renee and I ventured down to Topaz Lake last weekend to spend  some day time fishing and dinning at Topaz lodge.  I saw people in shorts and tee shirts. Hopefully this coming weekend will bring a little relief and some precipitation. While we fished off the shore on the south end. I had the pleasure of meeting two anglers fishing that were fishing by us. It was Doug Lundquist and his grandson Owen from Gardnerville NV. I also found out that Owen Lundquist that attends  CC Meneley school in Gardnerville and was five years old on that day, and had a birthday coming up on the 27th. So what better way can I do to share that special day. I took a picture of Owen with a nice rainbow he had caught with his grandpa that day. A very happy birthday to Owen Lundquist, which is now six years old as of this report. You are on your way to being a great angler, and I hope to see you on the waters again.

LAKE TAHOE:  fishing has been good for lake trout. Best areas have been Dollar Point, Cal/Neva point and the Tahoe City Shelf. Most anglers have been fishing 100 to 200 feet of water using flashers or dodgers with a minnow. Average fish has been 1 to 6 pounds with and occasional 10 to 15 pounder. Some angler have also been productive with flatfish right off the bottom. Top linning has been fair for 1 to 5 pound rainbows and browns fishing at Deadmans  point of off of Eagle point. Anglers have been using a #5 to a #9 rainbow Rapala in 15 to 20 feet of water. For more information call Blue Ribbon Fishing Charters at 530-544-6552.

CAPLES LAKE: The fishing has been slow by the dam area. I have had reports of a few small rainbows fishing by the spillway area. Most have been using small Kastmasters or night crawlers. The ice was 2 feet thick and the snow on the edge of the lake becomes very soft later in the day. Use caution around the rocky areas.

RED LAKE: As of this date, I have not heard of any anglers that have fish. The area behind the dam is cleared for parking and the lake had a little over 20 inches of ice on it last week. Not sure whats going on with the lake. Usually you can catch some small rainbows or brookies fishing close to the shore in 5 to 10 feet of water.

INDIAN CREEK RESERVOIR: The fishing has been fair. I had report from two anglers that ventured down last week and caught a few rainbows in the 10 to 13 inch class. The lake still has some monster fish in it. Patience is all it takes. Reminder that this lake is not just and early morning lake, the bite can come on at 9 am or 1 pm.

TOPAZ LAKE: I fished the lake a couple weeks ago with Tom Blotter from Minden. We trolled the lake with J-5 Rapalas  from early morning to 1 pm. We caught and released 16 trout which were mostly in the 13 to 17 inch class. Last weekend I fished with my wife Renee from the shore and got 2 bites the first day, then we got a dozen bites the second day. But did not land any fish. The water level had come up a little from the previous week. And we did not see any of the boaters catching any as well.

FLY FISHING REPORT:   Anglers have been spending time on the East Walker River as well as the Truckee River in Nevada.  The hatches have been good with Baetis being the main hatch for now.  We have seen some Skwala Stones start to move with a few hatching already.  For more information call the Tahoe Fly Fishing Outfitters at 530-541-8208.

Good luck on your next fishing adventure. Remember that on March 8th is the beginning of daylight savings time, when we get an hour more time in the evening on the lake. if you have picture of your catch. Send it to [email protected] Hope to see you on the waters soon. Good fishin' and tight lines. 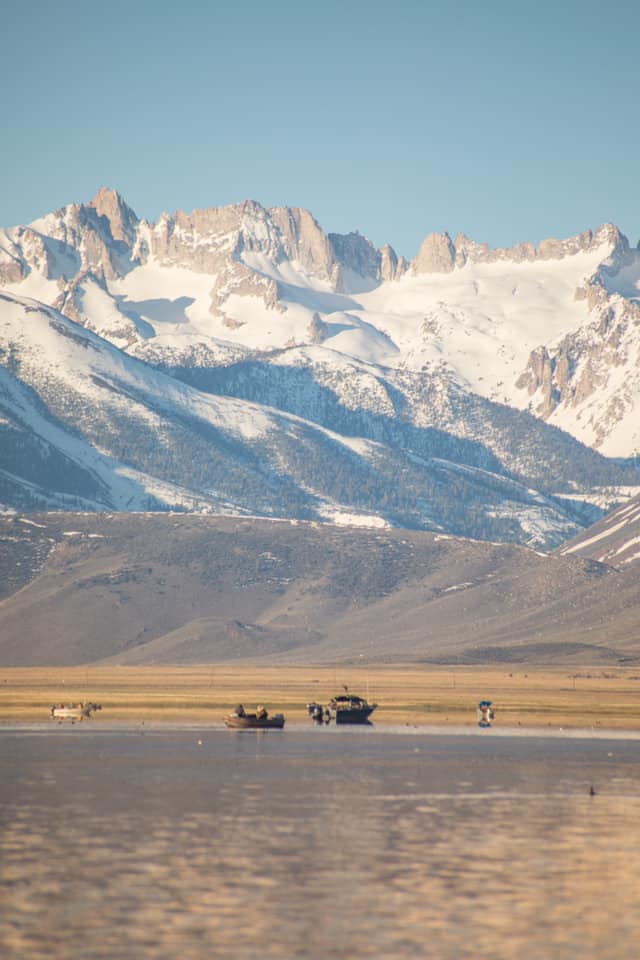