Fishing attractor nymphs will be a good bet With some slightly cooler weather this week we have seen the rapid melt of our less-than-average snowpack begin to taper off and flows are a bit more sustained as of now. With no more weather in the immediate forecast we are lucky to see below freezing nights that can help prolong the melt off in hopes of seeing cooler water later into the summer.

As the surge in cold water begins to breath new life into our local creeks, we encourage you to continue to get out and explore some of our various small water fishing options as the opportunity may be short lived this year. Lake fishing will also become increasingly productive in the coming weeks and ice out can provide some stellar fishing off shore, or on a float tube or boat using various techniques such as indicators, streamers and dry flies. As the snow continues to melt, we recommend following the ice off of the various lakes, searching for higher elevation waters as the spring progresses.

The Truckee is starting to see flows near 1,000 CFS in the canyon section due to the release of around 300 CFS out of Boca reservoir. Up along Glenshire Road, the water is currently just over 400 CFS, which has dropped from 650 thanks to the cooler nights. During this time, fishing attractor nymphs such as stonefly patterns imitating the Skwala nymphs, as well as eggs, worms, and crawdads will all be great bets and both tight-line and indicator techniques have been similarly productive. Just be sure to use ample weight during this time and bring that tippet diameter up to around a 3x-4x to lose less flies in the newly created debris and so you can effectively turn larger fish before they make their way into the heavy current. That photo of a Skwala on Scott F's handle was taken around 1pm on Wednesday up here in Truckee.

Streamer fishing has also been on fire with the increase in flows and chucking larger articulated flies on stout tippet in a 1x-3x will be a great way to move some of the monsters found in our river as they are often forced to seek softer water during this time of year moving them out of their familiar lies. This is an exciting time to fish the big Truckee.


If you would like to go fishing with us please check out our website Trout Creek Outfitters.com or call (530) 563-5119. Truckee River: With the flows on the river in an upward trend, conditions are changing on a daily basis
Little Truckee River: We have yet to see the typical springtime bump in flows out of Stampede
Pyramid Lake: Pyramid saw an off week of fishing with warm days and little to no wind 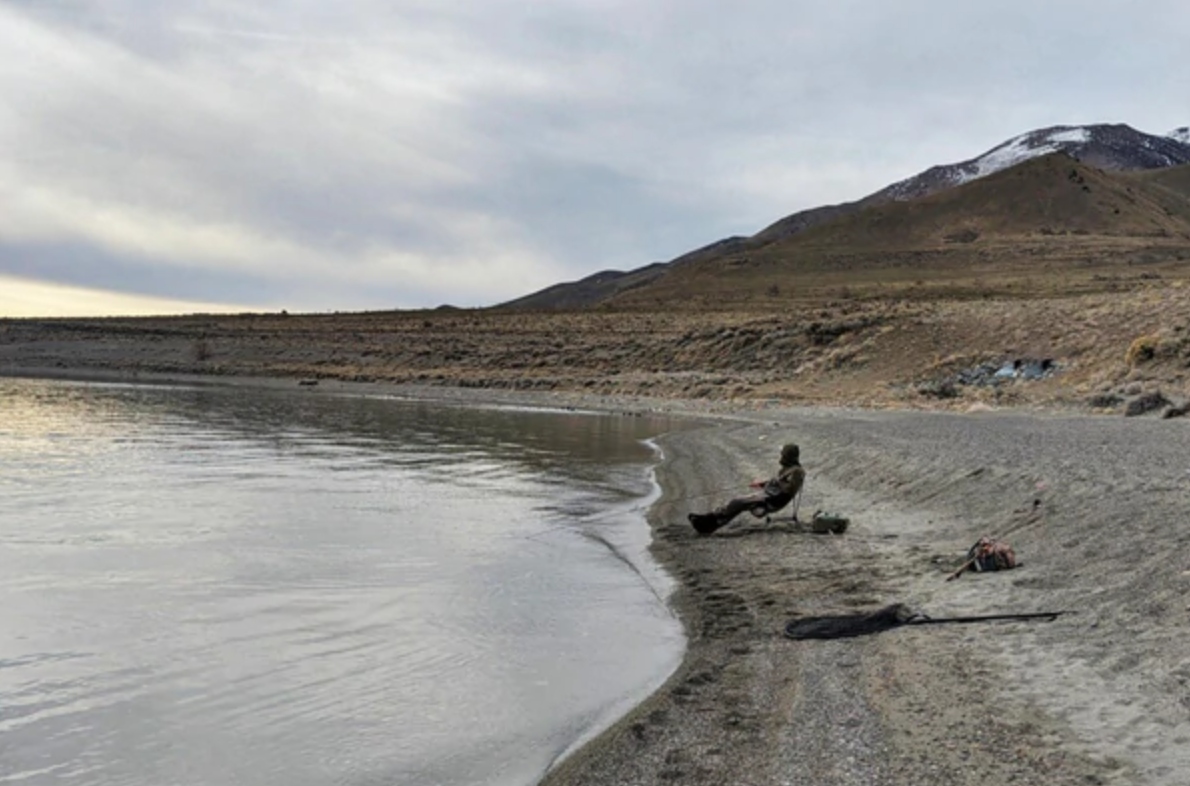 Truckee River: The Truckee has seen yet another week of surprisingly good dry fly fishing
Little Truckee River: The flows are still fluctuating on a daily basis here
Pyramid Lake: Pyramid continues to kick out some incredible fish this week