20 Pounds? Not Too Bad, for an Extinct Fish 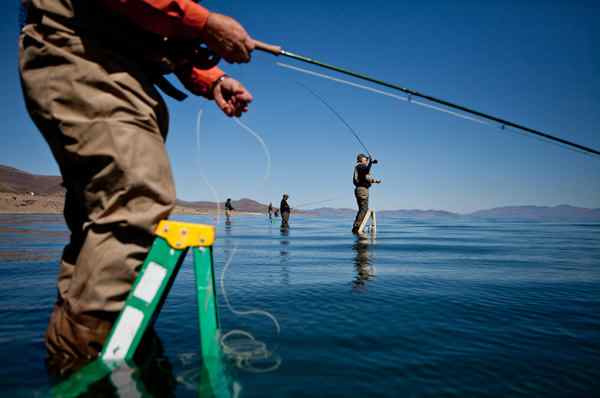 PYRAMID LAKE, Nev. -- For most fishermen a 20-pound trout is a trophy, but for Paiute tribe members and fish biologists here the one Matt Ceccarelli caught was a victory.

That Lahontan cutthroat trout he caught last year, a remnant of a strain that is possibly the largest native trout in North America, is the first confirmed catch of a fish that was once believed to have gone extinct. The fish has been the focus of an intense and improbable federal and tribal effort to restore it to its home waters.

"I was in awe," said Mr. Ceccarelli, 32, an engineer from Sparks, Nev., of the speckled trout with hues of olive and rose.

Early settlers told stories of Pyramid Lake Lahontan cutthroats that weighed more than 60 pounds, though the official world record was a 41-pounder caught by a Paiute man in 1925. The explorer who discovered this electric-blue oasis in 1844, John Fremont, called them "salmon trout." Mark Twain raved about their flavor. Clark Gable, the actor, chased them. President Bill Clinton and tribe members called for their restoration.

"When I heard about them I was like, man, I want to see these guys," said Desmond Mitchell, 40, a fish supervisor for the Pyramid Lake Paiute Tribe.

Lahontan cutthroats, Nevada's state fish, evolved in the Great Basin, which was flooded under a giant inland sea called Lake Lahontan during the last ice age. Pyramid Lake, which today lies on a Paiute Indian reservation, was part of that ancient lake, and inside its unique inland water system, which includes the Truckee River and Lake Tahoe, a giant strain of trout evolved.

"Our fish have deep meaning for us, spiritually," said Albert John, executive director of fisheries for the tribe. "And if they could get to 40 pounds again, whoa, that'd be awesome."

In the late 19th and early 20th centuries, fishermen netted scores of Lahontan cutthroats to feed miners and loggers gnawing at the Sierra Nevada Mountains. But the Truckee River, where the fish spawned, was dammed, and its level dropped as water was taken for irrigation. It was also polluted with chemicals and sawdust. And Lake Tahoe was stocked with a nonnative char called lake trout, which gobble baby cutthroat. By the mid-1940's, all the native trout in Pyramid Lake and Lake Tahoe were dead and the strain was declared extinct.

"They never should have gone in the first place," said Fred Crosby, 66, owner of Crosby Lodge, the only bar, restaurant, gas station and tackle shop in tiny Sutcliffe, Nev., a poor reservation town on the west shore of Pyramid Lake.

In the mid-1970's, the Paiute Tribe opened a fish hatchery in Sutcliffe and stocked Pyramid Lake with strains of Lahontan cutthroat from nearby lakes. The water in Pyramid Lake is saltier than Lake Tahoe, and that kept out the lake trout. The tribe re-established a Lahontan cutthroat sport fishery and saved Pyramid Lake's endangered Cui-ui sucker from extinction. Anglers bought tribal licenses, hauled ladders out into the lake's bracing water and considered any catch that weighed 10 pounds or more a trophy.

In the late 1970's, a fish biologist identified what he thought were surviving specimens of the vanished Pyramid Lake strain of Lahontan cutthroat in a small creek near a 10,000-foot mountain on the border of Nevada and Utah called Pilot Peak. A Utah man used buckets to stock the rugged stream with trout in the early 1900's, but made no record, federal biologists say. Geneticists recently compared cutthroats from the Pilot Peak stream with mounts of giant Pyramid Lake trout and discovered an exact DNA match.

"They are the originals," said Corene Jones, 39, the broodstock coordinator for the Lahontan National Fish Hatchery in Gardnerville, Nev.

In 1995, United States Fish and Wildlife Service biologists harvested cutthroat eggs from Pilot Peak and brought them to the Gardnerville hatchery, just a few years before a devastating wildfire scorched the mountain and killed off the creek. In 2006 federal officials, in cooperation with the tribe, began stocking Pyramid Lake with what many now call Pilot Peak cutthroats. They waited to see how the fish might readapt to its ancestral home.

The answer came from ecstatic anglers. Late last year, a Reno man caught and released a 24-pounder. David Hamel, 27, of Reno, just did the same with a pair of 20-pound cutthroats.

Since November, dozens of anglers have reported catching Pilot Peak cutthroats weighing 15 pounds or more. Biologists are astounded because inside Pyramid Lake these powerful fish, now adolescents, grew five times as fast as other trout species and are only a third of the way through their expected life span.

Around this arid reservation of burnt sienna mountains and sagebrush tufts, workers from the gas station clerk in the windblown town of Nixon, Nev., to the bartender who sells fishing licenses in Sutcliffe say they have seen a spike in revenue because of the big fish.

"The lake is basically the bread and butter for the tribe," said Elwood Lowery, the tribal chairman. The reservation has no casinos because of competition from nearby Reno, he said.

Biologists and Paiute officials are calling the return of Pyramid Lake's original cutthroats a rare win-win-win for native wildlife restoration, the tribe's economy and anglers.

"The fish is now telling its own story," said Lisa Heki, 51, complex manager at the Lahontan National Fish Hatchery. "Along with the fishermen who get to catch them."

A version of this article appeared in print on April 24, 2013, on page A10 of the New York edition of the New York Times with the headline: 20 Pounds? Not Too Bad, for an Extinct Fish. 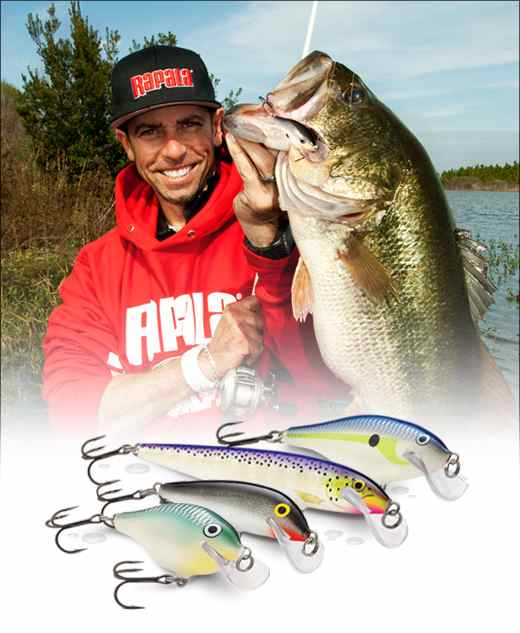